A few months ago, I wrote about great vegan products I found at Costco. I thought it was time to feature some new stuff. I can’t get enough of Costco. I am obsessed. The wholesale store’s gas prices are the best (a major bonus in LA), fantastic deals on everything, AND they pay their employees a fair wage. I used to think that a vegan wouldn’t find anything at Costco—isn’t it just meat and giant croissants? I couldn’t have been more wrong.

So here some of my new favorite finds. Of course, products vary from store to store so what I found in my Burbank location might not be in your store. BUT I HOPE YOU CAN GET EVERYTHING.

Dude, it’s 100% vegan and clearly states that it wasn’t tested on animals. Also, it’s a gigantic bottle that is seemingly endless. The shampoo and conditioner are sold separately for $19.99. They smell great too. 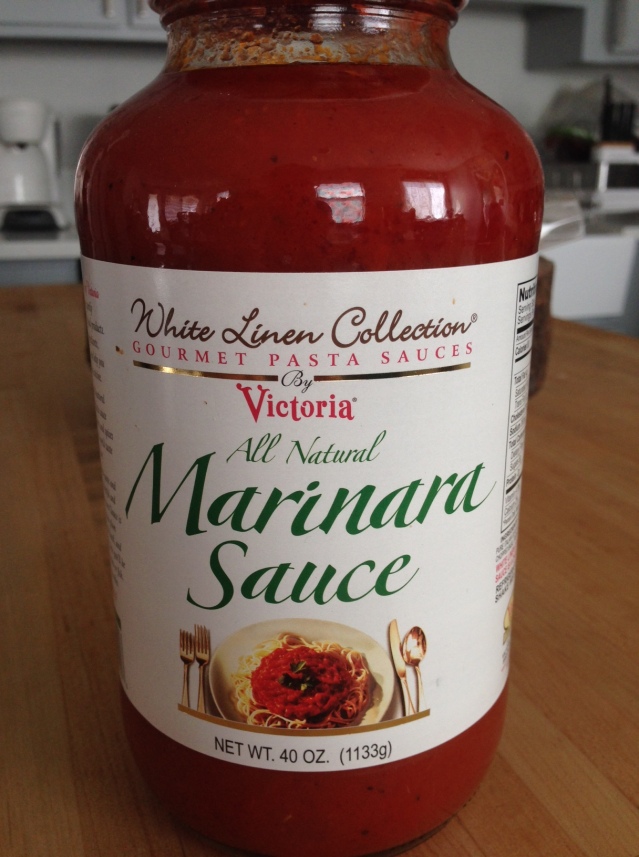 I’m from Jersey, and so I’m really picky about my Italian food. In Los Angeles, I miss bagels, real Italian food, and Italian ice the most. ONLY Elizabeth Castoria‘s dad’s marinara sauce with vegan meatballs cuts the mustard for me. But I have to say that this Victoria Marinara Sauce is a good substitute for when I don’t have Elizabeth’s dad’s sauce. You get two giant jars, which can tide me over until I see Elizabeth next.

This company also makes a line of vegan sauces like a vodka sauce and alfredo that are hella good too.

I am an almond butter fiend, but the stuff is expensive elsewhere. This giant jar is less than $10, and lets me feed my addiction. 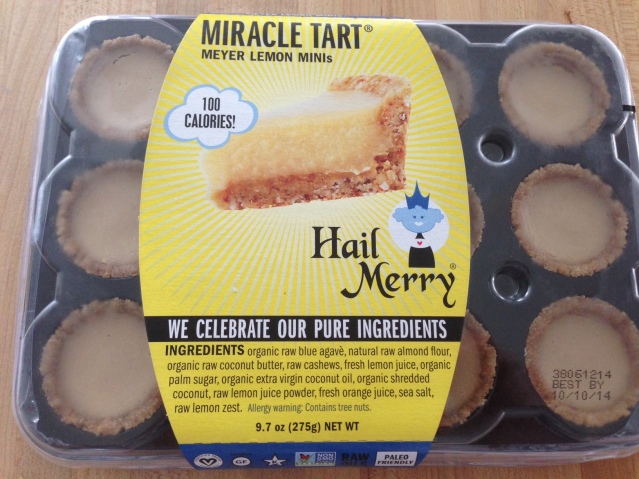 When I saw these tarts at Costco, I freaked out. I love Hail Merry‘s miracle tarts—the Chocolate Raw Almond Butter is my fave (see above), but the Meyer Lemon one is a close second. It’s so cool to see this company at Costco.

Yes, coconut water is everywhere, but the Harmless Harvest brand is the real deal. Costco sells a big pack of four for less than you’ll find for the smaller bottles at Whole Foods. And if you get a pink bottle of coconut water, don’t freak out. It’s natural.

I just spotted these bad boys recently. Brendan and I like to douse the breaded cutlets in Frank’s Red Hot Buffalo Sauce (accidentally vegan) for buffalo chicken. I cut up a cutlet into slices to put on a salad. I’m going to pair the cutlet with Victoria Marinara Sauce and vegan mozzarella for chicken parm. I’ve also found the Gardein Mandarin Crispy Chick’n and the Chick’n Sliders too.

What great vegan items have you found at Costco?

← In the TV Writers’ Room: An Interview with Theo Travers
Five Tips for Getting a Personal Essay Published →

18 Comments on “Even More Great Vegan Products at Costco”

I'd love to know what you think! Tell me in the comments below. Cancel reply

We had a beautiful day at @farmsanctuary, celebrating Valentine’s Day with some wonderful rescued farm animals. The gentleness of the animals matched with my daughters’ gentle touches. The last time I was here, I was pregnant with them. It’s amazing to see their love of animals grow since that first pre-visit four years ago. 💗
I went to my first #womenssoulcircle led by @leadwithangelaaguirre. It was truly transformative, hearing and sharing stories from a place of vulnerability, no judgement, and compassion. Thanks to @creestalina for nudging me to go. The power of women coming together is amazing. 🙌🏼
Tomorrow, we’re going to Chloe & Claire’s preschool to make dumplings 🥟 for the Lunar New Year 🧧. We made mushroom, tofu, and cabbage dumplings for dinner tonight. It’s their first time making dumplings and they turned out great. Dumplings represent good fortune. My little chefs are full of plenty of 🥟!
I’m thrilled to share that in the January 2020 issue of @real_simple, I have a feature story about helping children get along. It’s an idea that tugged at me when #MeToo came out and I wanted to bridge the gap so my children had ways to develop healthy friendships. I also got a chance to look at children’s literature that I felt reflected great friendships too. I’m proud of this piece and I hope it inspires conversations in families.
Chewie brought his favorite toy to sleep on three blankets that he arranged. #livinghisbestpuglife