A Tribute to The Daily Show With Jon Stewart

Back when Brendan and I were dating in NYC in 2004, he worked at The Daily Show With Jon Stewart. He started as an NYU intern, got hired as a production assistant, then moved up to the writers’ assistant. While we were dating, I got to go to the show, meet the staff, and go to election parties. I’ll always remember the Gore v. Bush election night where we all sadly learned that we’d have another four years with Bush. A quiet came over the bar.

The less fun part were election years when The Daily Show did brilliant coverage, but meant that Brendan would leave for chunks at a time to cover the Democratic National Convention and the Republic National Convention. Or live tapings during important election nights when he’d come home at 1am (possibly later?). 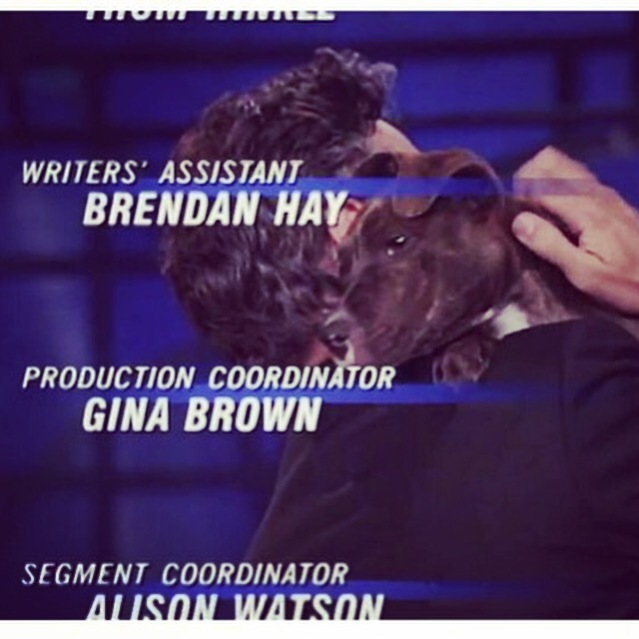 Now, that Jon Stewart has left the show, there’s been a ton of articles about his 16-year reign. And one of those articles happened to have a screenshot with Brendan’s credit (thanks, Vulture!).

I’m so proud of Brendan’s involvement with this pivotal show. He wouldn’t be where he is today in his career without working at The Daily Show. He always had kind words about Jon, his first real boss outside of college.

It was amazing to watch Jon’s final show and see some of the staff that I met many years ago. He made the show what it is today, and I’m grateful I got to watch his rise from the sidelines.

← An Introvert’s Guide to Networking
Depression Shouldn’t Be Shameful →

I'd love to know what you think! Tell me in the comments below. Cancel reply

I’m thrilled to share that in the January 2020 issue of @real_simple, I have a feature story about helping children get along. It’s an idea that tugged at me when #MeToo came out and I wanted to bridge the gap so my children had ways to develop healthy friendships. I also got a chance to look at children’s literature that I felt reflected great friendships too. I’m proud of this piece and I hope it inspires conversations in families.
Chewie brought his favorite toy to sleep on three blankets that he arranged. #livinghisbestpuglife
We saw the “Rowdy Screening” of CATS at the @drafthousela. I still don’t understand what we saw. I’m so glad we could laugh out loud in the theater because it’s the only way to see something that’s truly mind boggling. 😸🤣🎼
First family ⛸. We had a blast. Skated. Fell. Got back up. Chloe and Claire amazed me by trying something new. Claire said, “Keep trying! You’ll get better.” (Thanks, Daniel Tiger!).
We hosted our kid holiday party. We watched “The Grinch.” Decorated sugar cookies. Made ❄️ out of a snow cone machine for the kids to play with and then the girls had a dance party in their bedroom. Love these kiddos! 🎅🏽🎄